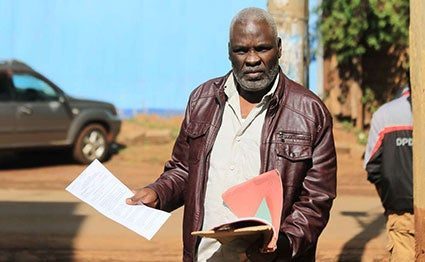 How Kenyans Lose Land to Tricksters

Cartels and brokers are conniving with rogue officials in Lands registries to falsify archived records, process title deeds and rob thousands of Kenyans of their land.

An investigation by the Nation found that the fraudsters then use the acquired title deeds to sell the land to unsuspecting investors.

Courts are now teeming with victims trying to repossess their land and to recover money paid for stolen land.

Land officials rank Kajiado, Kwale and Kilifi as the counties with the biggest problems of brazen theft of land.

Among the documents the fraudsters target are sale agreements, land transfer documents, title deeds, green card and share certificates where the property was acquired through a land-buying company.

The fraudsters also falsify wills, letters of administration of the estate, and letters of allotment. 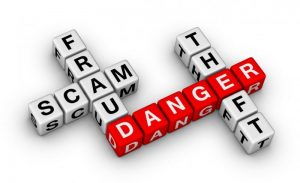 These documents are important in the ownership transfer process because land control boards have powers to reject or approve land transactions.

For plots in urban areas, the fraudsters make false revenue rubber stamps and certificates of clearance.

Another document abused by fraudsters is the Certificate of Incorporation of companies.

The fraudsters also forge death certificates and signatures of land registrars and judicial officers like judges and magistrates, where the land has been subjected to succession proceedings in court.

To pose as the actual owner of the targeted property, the impostor also forges an Identity card of the genuine owner and the Personal Identification Number certificate issued by the Kenya Revenue Authority.

By this time, the fraudsters would have procured adequate information about the targeted property at the land registries as well as the personal details of the owner.

The fake documents are mostly produced at cyber cafés, although some of the fraudsters have the equipment to do this in the privacy of their homes or offices.

With help of staff at the Lands registry, the fraudsters get the ‘green card’ of the targeted land so as to get the original history of the property.

The green card is a document with dates of when subdivision and transfer of ownership happened. The information on the title deed tallies with that on the card.

Further, the card has details of the original land’s acreage, registration number, and names of the registered owner, address, national identity card number, title deed number and when it was issued, and the signature of the lands registrar who signed the last entry of the changes.

The vice is so well executed that unsuspecting property buyers realise only later that they were conned by a confident impostor armed with fake ownership documents.

The fraudsters even give the potential buyers copies of the fake documents to conduct independent searches at the Lands registry, and indeed the records turn out to be similar, paving way for the financial transaction stage.

In a case playing out in a Nyeri court, Mr Patrick Mundia Mwangi, Ms Nancy Wairimu and Mr Jackson Kinuthia are facing 11 counts of various charges.

The three are believed to be part of a syndicate operating in Nyeri region and which forges land ownership documents and obtains money by false pretence.

They are charged with obtaining more than Sh4 million between 2003 and 2015 from unsuspecting buyers who were issued with forged title deeds in Nyeri town.

A retired Lands Registrar in Nyeri, Mr Joseph Ngugi Njoroge, has testified that the accused persons forged two title deeds and his signature to claim ownership of two parcels of land in Kabiruini near Dedan Kimathi University.

He said the two parcels, each measuring a quarter acre, belonged to Ms Grace Wangari Ngeretha, who lives in Italy.

So as to enable illegal sale of the two parcels, Ms Wairimu forged Ms Ngeretha’s national identity card with all details appearing alike, the court heard.

She presented herself as Ms Ngeretha during the transactions to the buyers.

In order to obtain the money, Mr Mwangi falsely represented himself as a witness named Benjamin Muriithi Nyaga before Lands Control Board chairman Bernard Okumu in Nyeri.

They also obtained Sh1.7 million from Ms Teresia Waihuni Wahome, who bought the other parcel of land. The case is proceeding on June 4.

In another case, Mr Samuel Kiama is accused of forging land registration documents, a will and signatures of judges.

An investigator from the Directorate of Criminal Investigations, Mr Zablon Wambani, narrated to a magistrate how Mr Kiama attempted to gain ownership of a prime plot in Nyeri town valued at more than Sh3.5 million.

Mr Wambani said he charged Mr Kiama after investigations in 2015 revealed he had forged documents, including the title deed and signatures of two judges.

Mr Kiama is said to have purported to be the personal representative of the late Elizabeth Waititu.